Baby guinea pigs are some of the cutest creatures around, regardless of their breed or color. They’re adorable pets to have when you’re looking for some company. Baby guinea pigs are friendly and outgoing, and they’re also pretty easy to take care of, which is why they’re a primary choice to have as pets.

Yes, baby guinea pigs nurse. They’ll start nursing within the first 24 hours after birth. Sometimes, they don’t latch on to their mothers immediately but will start within a day. They’ll continue nursing for at least 3 weeks, although they can start eating other food after 3-4 days with the help of their mother.

Read on to learn more about a baby guinea pig’s nursing habits and how to care for them.

How Long Do Baby Guinea Pigs Nurse for?

When a baby guinea is born, it needs its mother to nurse it for at least 2-3 weeks to ensure proper growth and development. Their mother will nurse them, and then go on to teach them how to eat solid food within a few days. However, they’ll still rely primarily on their mother’s milk for their essential nutrients.

A mother guinea pig may need to clean her babies and eat the afterbirth when they are born in order to start producing milk. Don’t get worried if she needs a couple of days to start nursing her babies.

You should ideally let the guinea pigs nurse as much as they need to each time they feed. They’ll slowly reduce the frequency of the feedings on their own as they move on to solid food.

When Should You Wean Baby Guinea Pigs?

You should not be separating baby guinea pigs from their mothers until they’re properly weaned.

To survive on their own and develop appropriately for their age, a male guinea pig should be weaned at around 3 weeks.

After this, it’s also ideal to separate them from their mothers to avoid the risk of pregnancy. They should also be separated from their female siblings at this stage.

Female guinea pigs should be weaned at around 4 weeks, although there’s no harm if you continue to let them live with their mothers afterward.

You’ll see that the mother guinea pig will start preparing her babies for weaning by teaching them how to forage and eat proper food besides milk.

She’ll ideally start this within the first 3 days after birth. Once the babies know how to eat solids, she’ll stimulate them to defecate and urinate by cleaning their behinds several times during the next few days.

Once a baby has become fully independent and knows how to eat, poop, and pee on their own, you can safely wean them and then proceed to separate them from their mothers and siblings.

What Is a Substitute for Guinea Pig Mother’s Milk?

Sometimes, a mother guinea pig may abandon or reject her babies and refuse to feed them. This can take a huge toll on a baby’s wellbeing, as we’ve mentioned above that they rely heavily on their mothers for several activities in the first few weeks of life.

In such situations, you’ll need to provide a substitute for milk to ensure that the babies continue to develop appropriately for their age.

You can give them diluted condensed milk that has been mixed with warm water. Make sure it isn’t too hot that it burns them. Giving them cow’s milk could prove to be too heavy for their digestive systems and could make them sick.

Feed them the mixture of condensed milk and water for the first few weeks. You’ll have to feed them every 2 hours during the initial days after birth, but you can slowly increase the time between feedings as they grow older and start giving them solid foods in small amounts.

Babies who don’t have their mother may need to be feed with a syringe or be spoon-fed tiny bits of milk or food at a time. Once you notice that they’re able to eat on their own, you can start limiting their servings of milk and move on to primarily solid foods.

What Foods Can Baby Guinea Pigs Eat While Nursing? 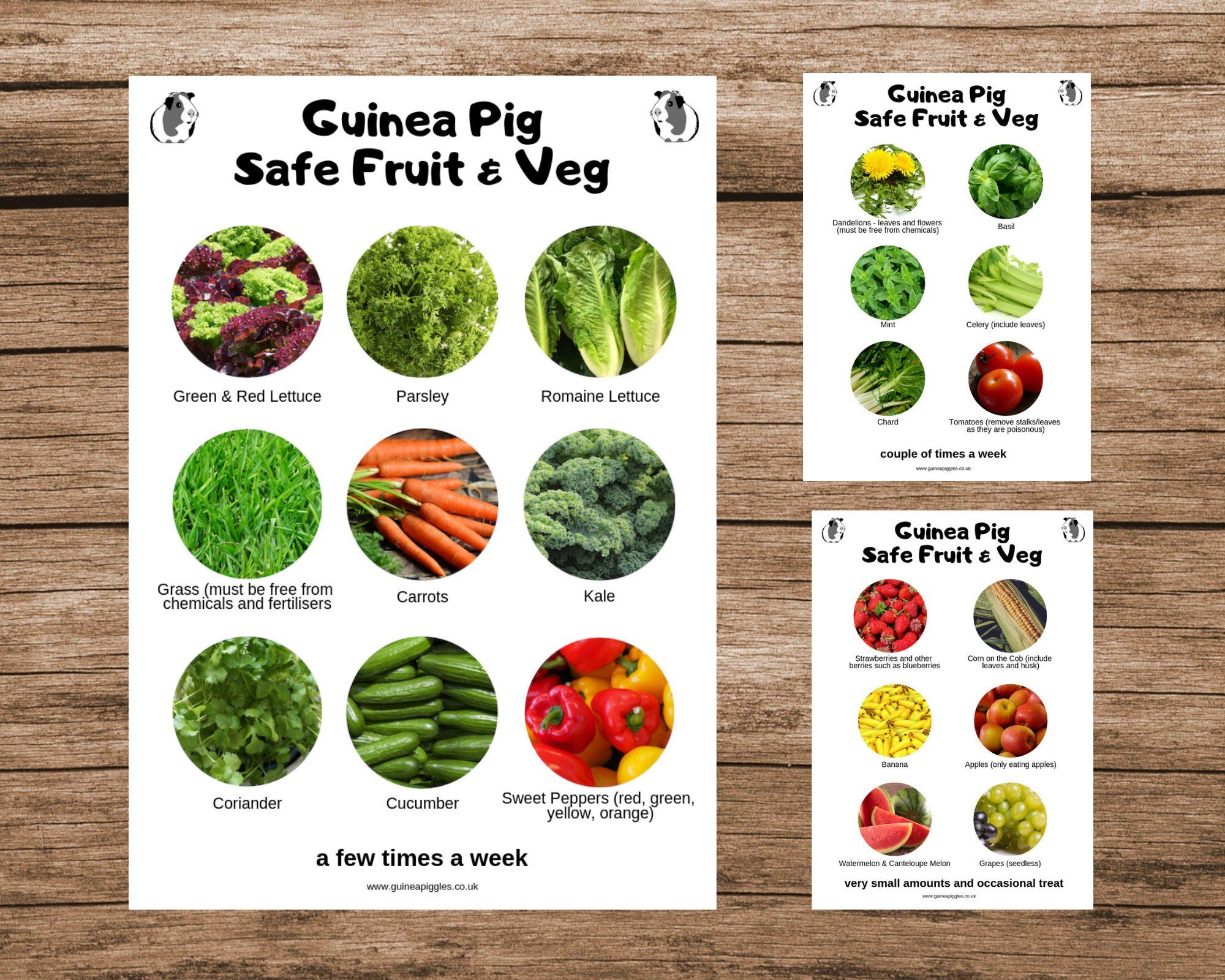 Baby guinea pigs can have tiny pieces of chopped up veggies. Make sure all the food you give them is fresh and cut up small enough to prevent choking. You can also give them alfalfa hay, which is a favorite for guinea pigs of all ages.

Fresh fruits and grass are good as well.

In fact, if a baby guinea pig is able to grow alongside its mother in the first few weeks after birth and before weaning, they’ll learn to experiment with whatever their mother is nibbling on slowly.

What Should the Mother Guinea Pig Eat While Nursing?

A nursing mother should ideally be given the best guinea pig food available because she needs to regain her strength as well as be able to provide her babies with the nutrients they need through her milk.

You can give her fresh alfalfa, guinea pig food pellets, fresh vegetables, and fruits.

Nursing mothers also enjoy having warmed, diluted condensed milk mixed with tiny pieces of bread. It helps her stay healthy and is a great snack as well. You can offer this to the babies, as long as they are old enough not to choke.

Can Baby Guinea Pigs Stay Near Their Father?

While baby guinea pigs need to be near their mother until they’re independent and ready to be separated, you must keep the father (male guinea pig) away from the babies and the mother.

This is because he could harm the baby guinea pig or even the mother, who is still recovering from giving birth.

How Soon Can You Touch Baby Guinea Pigs?

You should wait for a week before handling the guinea pig babies. Their mother will take care of cleaning and feeding them in the meantime. When you do hold them, be very careful as they are fragile and sensitive.

Do Guinea Pigs Eat Their Babies?

Guinea pigs can eat their babies only if they haven’t been getting an appropriate amount of food and water. A mother guinea pig could eat her babies if she’s malnourished, but otherwise, it’s rare.

There’s a 20% chance of a guinea pig dying while giving birth. Some will also suffer complications that are detrimental to their wellbeing. That’s why being away from male guinea pigs and eventually her male babies in the days after giving birth are important to help them recover.

How Many Babies Do Guinea Pigs Have in Their First Litter?

Guinea pigs can have 1-8 babies in one litter. They’ll usually have 2-4 and can have as many as 5 litters per year, but it is extremely exhausting for the sow.

Hopefully, you now have the answer to ‘do baby guinea pigs nurse?’ Remember, these animals are extremely gentle. Be careful with how you handle them and make sure you don’t take them away from their mothers until they are ready.

Do Baby Guinea Pigs Have Teeth?